In reality, everyone’s sperm tastes differently. Salty. Sweet. Bitter. Metallic. Sharp. Sour. You name the flavor, and there’s a chance your semen will taste that way.

This is all thanks to the chemical compounds of your body.

What you consume on a daily basis — from certain foods to other substances — can change the compound composition, which will have a subtle effect on the flavor of your semen.

This is why the taste can vary from person to person, and although semen is generally warm and salty with just a hint of bitterness, there will be unique differences in flavor.

But with all that said, there are things we consume that, even though enjoyable, are not the best for us, and they can affect our body odor and the smell and taste of other bodily secretions.

If you have an issue with “funky spunk,” here are a few things that you can do to improve that:

It may be good for a morning pick-me-up, but consuming caffeine in large quantities will make your semen have a bitter taste, and there’s nothing appetizing about that.

Semen already has a slightly salty taste, but to add bitterness to it? No thanks.

Instead, try to swap your second or third coffee with green tea.

Green tea is rich in polyphenols, which are natural compounds with health benefits, such as reducing inflammation and helping to fight cancer.

Green tea contains a catechin called epigallocatechin-3-gallate (EGCG), which is a natural antioxidant that helps prevent cell damage and provides other benefits for the body.

Add a teaspoon of cinnamon or honey to your green tea, and you will be on a good path to improving the taste of your semen.

What goes in must come out, and this saying applies to your man juice, too, unfortunately.

The big offenders that reportedly give semen a musky, bitter smell and taste include:

In general, remember that anything toxic to you is toxic to your taste. Therefore, alongside being detrimental to your health, these two can be dastardly for semen.

Alcohol, cigarettes, and lack of exercise all lead to a buildup of toxins in the body that make your spunk taste funky.

Opt For a Cleaner Diet

Additionally, many people also report positive results and a better-tasting spunk when a man eats fruit such as pineapple, papaya, and oranges.

You might think that this makes semen taste better because of the sugar, but some people suspect it’s more a response to the chemical and enzymatic effect that fruit has while being digested.

Lastly, opt for an overall cleaner diet that consists of clean meat such as chicken and fish, especially salmon, mackerel, and trout, which are good sources of omega-3s, protein, potassium, and vitamin D.

Load up on Water

Remember that semen is mainly made up of water, so more water = a better-tasting load.

However, there is leeway, and some people need less water than others, so 4 to 6 glasses are often enough. Plus, watery fruit, other beverages, and even soup can count toward your water intake.

Instead, look for signs of hydration: urine that’s faint in color and scent but not clear are signs that you are properly hydrated. And you should simply drink whenever you’re thirsty.

Also, consider adding things like wheatgrass shots, parsley, peppermint, and lemon to your water because these can alkalize the body and make your semen taste better.

Lots of Fresh Juice and Antioxidants

There is the possibility that certain conditions could also change how semen tastes.

This isn’t something that had been readily studied, but we wouldn’t rule out the possibility based on anecdotal evidence.

Medication is supposed to make you healthier, but it can cause all sorts of side effects, some of which get less attention than others. Changes to the flavor of semen are one of those changes.

Coconut oil is a natural alternative to a body cream that can make your dick feel moisturized and hydrated but also taste and smell great.

RELATED: How to Make Your Dick Taste Great?

Same as with coconut oil, applying a flavored lube all over your dick won’t change how your sperm tastes, but it will definitely leave a sweet scent in your partner’s mouth, which will make the entire experience better. 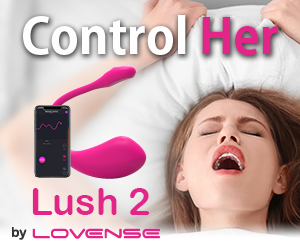